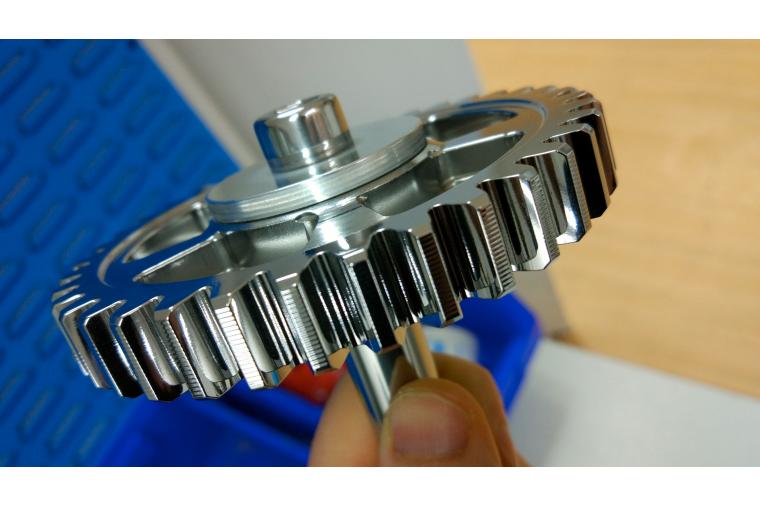 Racing motorcycle rebuild experts, Sangha Race and Restoration, turned to superfinishing at Fintek in the quest for extra engine performance – that elusive goal of every competitive race team and rider. This is the challenge Kieran Sangha, owner, set himself when rebuilding the engine of one of his own race bikes.

“Simply refurbishing and replacing parts rarely makes major performance gains,” explained Kieran who, when not rebuilding machines for racing clients, likes to get on the bike himself and compete. “Friction between components is an engine and gear killer. The heat generated by the contact surfaces under constant stress from powering through the gears, while maintaining maximum revs, really dulls performance, possibly leading to component failure and not finishing a race – or worse, injury due to a mechanical fault.”

Kieran had attempted to mitigate these problems by vibratory finishing gear, shafts and engine parts. The surface finish of the components was improved by the process, but they still had a roughness that was noticeably uneven across the surface. Also, chemicals used with the media in the vibratory machines could weaken the metal and hardened surfaces. There was no major component life-span or bike performance improvement either.

Kieran turned to extreme performance finishing specialist Fintek, who have been surface superfinishing parts for aerospace component manufacturers and top motor sport teams for over 30 years. Developments in technology means it is increasingly affordable to smaller teams and race engineers. The company’s newest extreme performance stream finishing techniques are capable of achieving surface smoothness values to Ra 0.01μm in a fraction of the time of traditional methods and with assured repeatable quality. They can also eliminate stress fracturing.

To meet his performance aims, Fintek developed a unique process for Kieran using an OTEC stream finishing system. Combined with a carefully balanced media size, precise calculated angle of emersion in the media and cycle time, they were able to produce a Ra 0.02μm surface smoothness in a surprisingly short time. As this process uses a none corrosive rust inhibiting solution, there was no weakening of the hardened metal surfaces and the parts emerged with a highly attractive polished mirror-like appearance. To the touch, there was an extreme smoothness extending evenly across all surfaces – especially at the root of the gears where other processes often fail to reach.

Kieran explained what this meant for performance, “Racing a bike is about feel – an engine, gearbox and suspension might all work well – but you can instinctively tell there is a difference with extreme super finished components. In testing there was a substantial five percent performance boost. Yet, it is not just horsepower gains, it is how quickly the engine makes power and how it feels when it is under load revving freely. Importantly, it runs cooler too. As a rider, confidence is critical – you can push it that little bit harder knowing the components and engine are reliable. Something overlooked by many of my customers,”

Fintek’s process also contributed to the increased life span of the components. Less friction means reduced wear and less expensive time in maintenance and servicing. “I will definitely be taking more parts to Fintek for the extreme performance finishing process. Sangha Race and Restoration has many clients racing competitively and I am sure they will want the same performance improvements,” Kieran concluded. 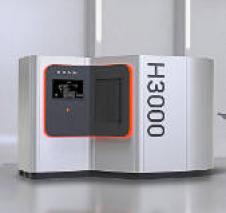 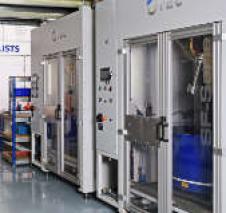 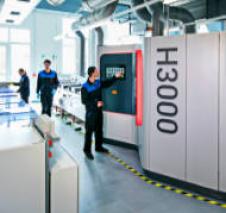 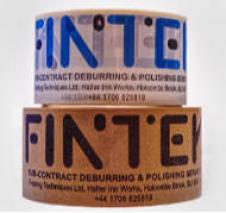 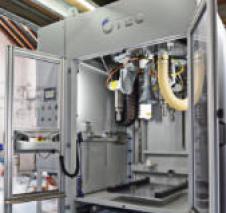