If you are not from Oldham, UK, or have never had a connection to the textile industry, you have probably never heard of Platts. But this company is an industrial legend that in its growth and decline speaks to us today. In little more than three generations it grew from a small smithy in Dobcross to become the largest textile machinery maker in the world and one of richest companies in the country.

The story has much to do with the times. The industrialisation of textile manufacturing, the growth in international trade, the development of the textile industry cluster in Lancashire, but most of all, the vision and enterprise that invested in skills and technology consistently to support first the local and then the international industry. 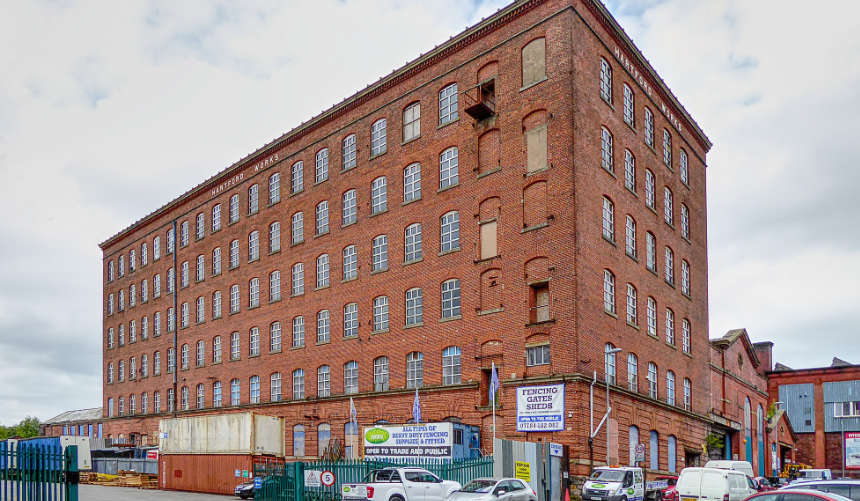 Platts built two huge factories in Oldham. The first, Hartford Works covered almost 40 acres. The second, New Hartford Works, over 60 acres. Between them they produced machines for every part of the textile manufacturing process, from the gins in the field that split the cotton buds to extract the fibres with minimal damage through the complete catalogue of machines for combing, spinning, weaving and finishing. At its peak the company employed 13,000 highly skilled people.

The company sold its products throughout the world, invested in new product development, but was also receptive to new ideas from outside. In this spirit it hosted a visit from the Toyoda Loom Works from Japan who had an automatic loom that Platts were keen to licence and put into production. A sum of £90,000 was paid for this process, an incredible sum for the day, that was used as seed capital for what became the Toyota motor car company.

In WW1 and WW2 textile machinery production and development was suspended and the company provided support for the war effort, producing munitions and components for local aero manufacturers. An exception to this was the fitting shop where the prized machine building skills were employed in the re-building of bomb-damaged machines from throughout the country to support the war effort.

Resuming textile machinery production in 1945, the company found itself in a different market. American and Swiss manufacturers had continued to invest in product development over the war years and Platts had difficulty catching up with the new technology of the day and dealing with an industry that was now more globalised and competitive. Major consolidations took place in the industry and there were once secret plans to relocate the Oldham factory to a green field site between Burnley and Blackburn. This came to nothing and the business collapsed into losses, accruing huge debts that finally forced complete closure in March 1982, the height of the recession.

Industries and businesses rise and fall, but the enduring lesson has to be that vision and long-term commitment, supported by investment in skills and new product development are at the core of growth and success. In the post Covid-19 age, this lesson has never been more important.